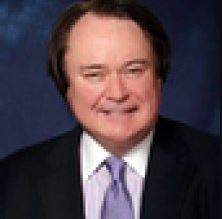 C. Austin (Bud) Burrell is a corporate finance generalist with over 30 years of Wall Street and related experience. He was a senior derivatives specialist and development stage company investment banker for more than 35 years on Wall Street.He is a 1968 Graduate of the U.S. Military Academy and a graduate of the Army’s Finance Officer Advanced Course.

END_OF_DOCUMENT_TOKEN_TO_BE_REPLACED

This week, an important online news service released an article that should send shockwaves into our public markets. In very curt form, the article chronicles the many abuses of U.S. public companies by short selling manipulators, particularly through naked short selling and regular and derivative based synthetic shorting. By implication, the article recites the sheer embarrassing ineffectiveness of our regulators, who are engaged in a pattern of systematic conflicts of interest with revolving doors that are a major disgrace to our own government.

These Defendants, acting in the course and scope of their employment by the United States of America as duly authorized Commissioners of the Securities and Exchange Commission, a federal agency, through their acts and omissions knowingly, consciously, wrongly, without compensation and without due process of law have effected a taking of property from each of the named Plaintiffs and all who are similarly situated.

SEC Discovers That Unbridled Naked Short Selling Might Actually Be, Er, Not So Good….

What we are seeing is the US markets relentlessly melting down, as even the bulge bracket firms, and the “too big to fail” entities, are victimized by unbridled, unconstrained naked short selling. Exactly as used to be the case in the 1920’s. Exactly in the manner that resulted in the SEC being formed, and the uptick rule (discarded just a few short months back as an anachronism), and requirements for timely clearing and delivery. All of which the SEC has basically ignored, very deliberately.

“August 1973 I started on Wall Street in Block Trading for Bache. Worked in all Major firms through the years.Traveled all over the world.

There is More Naked Short shares in the market than there is Outstanding Shares.

We have allowed our Clearing systems to be Gamed, to the point where they are able to manipulate markets.”

There is a systemic problem in the equity market, but the magnitude of the problem is impossible to gauge because the parties involved refuse to answer a simple question: Why?

My mutual fund purchased five blocks of stock in Overstock (OSTK:Nasdaq) during the first quarter. There was a failure to deliver shares in four out of the five purchases, with delays for delivery lasting as long as three weeks. Nobody can tell me why shares were not delivered within the requisite three-day settlement period — the so-called T+3 requirement.

Short-Sellers Are Burned by Novastar

One Midwestern financial company, long a target of short-sellers, has deployed an infrequently used tactic to inflict pain on its naysayers: Its management has put in place a strategy that consistently makes money.

The stock of Novastar Financial, a Kansas City, Mo.-based home-equity real estate investment trust, has been a battleground between long-term holders in love with its juicy dividends and short-sellers who suspect that the company has massive default risk with those loans.

The Geese Are Beginning to Be Slaughtered

U.S. defined benefit pension plans have been upping their allocations to alternative investments, including hedge funds, in recent years, helping boost hedge fund assets to above the $1 trillion mark.

But defined benefit plans, particularly in the corporate world, are facing big problems. They are almost universally underfunded, they face a future with more retirees than ever thanks to longer life expectancies and younger retirement ages, and those retirees are receiving better benefits than in the past. A number of companies, including IBM Corp., Verizon Communications Inc., Motorola Inc., and Lockheed Martin Corp., have announced they are freezing their defined benefit plans, the first step toward eliminating them altogether.

An antitrust lawsuit was filed Wednesday against the securities industry’s largest brokerage firms over fees charged as a result of “naked short selling.”

The lawsuit filed in federal court in Manhattan by Electronic Trading Group LLC alleges that the major broker-dealers charged unearned fees, commissions or interest on short sales where those broker-dealers failed to borrow or deliver the stock to back a short position.

The Coming Sentencing of Anthony Elgindy, What he is and what he deserves.

On May 2nd, Anthony Elgindy is to be sentenced for his activities as a short selling syndicate operator. Over the course of several years, he attacked a couple of thousand companies, in the process putting many of them out of business. If he had been a killer or rapist, his crimes would have been collectively viewed as being “serial” in nature.

We continue to forget that Elgindy is a previously convicted felon for insurance fraud. He has now been convicted of six counts of another form of financial fraud. These counts clearly demonstrate that he engaged in operation of a criminal syndicate to manipulate markets for securities by counterfeiting (a Class B Federal Felony) those same securities, a Class A felony according to the US CJS (Criminal Code) for syndicalism, an act of insurrection and sedition, treason to its core.

After the great hoopla of the the Bermuda Short Sting Case, which produced a conviction rate of about 88% of indictees, the silence from the Government on related collateral indictments in pending cases, some more than four years old, is literally deafening.

The Government’s various agencies really have an “NIH” (Not Invented Here) attitude towards grass root developed cases coming up to them not as a direct result of their own investigative initiative. I am aware of case after case taken to various agencies of the Government with substantive evidence attached, which were ignored, black-holed, or thrown back at the victims.

Comprehensive and Controversial Summary of the History of Central Banking Globally

The success of the central banking scheme developed into a far-reaching plan described by President Clinton’s mentor, Georgetown Professor Carroll Quigley, “to create a world system of financial control in private hands able to dominate the political system of each country and the economy of the world as a whole. This system was to be controlled in a feudalist fashion by the central banks of the world acting in concert, by secret agreements arrived at in frequent meetings and conferences. The apex of the system was to be the Bank for International Settlements in Basel, Switzerland, a private bank owned and controlled by the world’s central banks which were themselves private corporations. Each central bank….sought to dominate its government by its ability to control Treasury loans, to manipulate foreign exchanges, to influence the levels of economic activity in the country, and to influence cooperative politicians by subsequent economic rewards in the business world.”