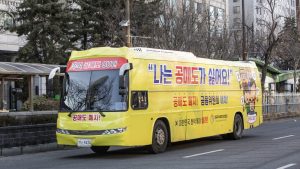 The Korean Stockholders’ Alliance is located in Yeouido, Seoul’s financial and political district, on the fifth floor of an officetel building mostly occupied by financial companies. Jung Eui-jung, the 62-year-old head of the Alliance and the sole resident of its office, points out the window to a large, bright-yellow bus parked outside on Eunhaengro (“bank street”), so named because it is home to South Korea’s two main state banks. The Alliance is an advocacy group that represents retail investors, with around 41,000 members. Its current mission statement is displayed in block letters on the side of the bus: “I hate short selling!”

Two weeks ago we said that the regulatory crackdown against WallStreetBets had begun when the SEC suspended trading in pennystock Spectra Science (SCIE). Well, today we got the clearest confirmation yet that the SEC will do everything in its power to make sure that are no more Melvin Capitals and will seek to put a resolute end to the reddit bull raids when it announced that it “suspended trading in the securities of 15 companies because of questionable trading and social media activity.”

Today’s order states that trading is being suspended because of “questions about recent increased activity and volatility in the trading of these issuers, as well as the influence of certain social media accounts on that trading activity.” In enforcing the suspension, the SEC referred to federal securities laws, according to which “the SEC can suspend trading in a stock for 10 days and generally prohibit a broker-dealer from soliciting investors to buy or sell the stock again until certain reporting requirements are met.”
END_OF_DOCUMENT_TOKEN_TO_BE_REPLACED

r/wallstreetbets, also known as WallStreetBets or WSB, is a subreddit where participants discuss stock and option trading. It has become notable for its profane nature, aggressive trading strategies, and role in the GameStop short squeeze that caused losses on short positions in U.S. firms topping US$70 billion in a few days in early 2021. The subreddit is famous for its colorful jargon and terms.[2]

BREAKING THE SILVER MARKET: Investment Demand To Overwhelm The Market

The Silver Market is on the verge of being overwhelmed by investment demand.  While this has been a steady process over the past decade, the situation changed rapidly in 2020, and especially in the last two months.  Since the WallStreetBets “SilverSqueeze” campaign, more investors are waking up to the SILVER STORY…

Comment: The SEC is full of shit and a RICO organization complicit in Class A felonies enabled by the Department of Justice and the Senate Banking Committee. For the slow learners, start with the Cartoons.

END_OF_DOCUMENT_TOKEN_TO_BE_REPLACED

Raised in a family devastated by bubble economics, one Reddit investor saw GameStop as a way to send a message to “cancerous rent-seekers”

The Stock Market Is Broken, Now For All To See

Authored by Wolf Richter via WolfStreet.com,

The historic short squeeze, engineered by a bunch of deeply cynical small traders, exposed just how rigged the market has been…

The videogame retailer’s shares, whose wild gyrations have made or lost billions of dollars for hedge funds and other investors in recent weeks, closed down 60 per cent at $90. They are now worth less than a fifth of their high of $483 last week, reports Reuters. END_OF_DOCUMENT_TOKEN_TO_BE_REPLACED

What makes this roller coaster unusual is why the Reddit community is buying up GameStop shares. While some of them say they believe in GameStop’s future, others are attracted to the idea that the higher GameStop’s shares go, the more Wall Street’s bad bets will cost institutional investors money.

END_OF_DOCUMENT_TOKEN_TO_BE_REPLACED 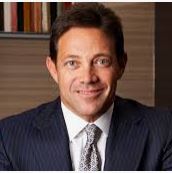 “My hat’s off to them…it’s brilliant what they did.” — Jordan Belfort

“I believe this is a paradigm shift right now,” Belfort, who spent 22 months in prison after pleading guilty to charges of securities fraud and money laundering, told host Tucker Carlson.