In 2005, Byrne became known for his campaign against illegal naked short selling. Byrne and securities regulators maintained illegal naked shorting had been used in violation of securities law to distort prices of public companies’ stock. Under his direction, Overstock.com filed two lawsuits alleging improper acts by Wall Street firms, a hedge fund, and an independent research firm.[5] In each case the defendants settled with Overstock.com out of court. END_OF_DOCUMENT_TOKEN_TO_BE_REPLACED

Marc Cohodes
@AlderLaneeggs
For those not thinking it thru with $OSTK . the @SEC_Enforcement
is after Patrick Byrne and his Pump and Dump, not Overstock. This is not new at all and they should get Patrick, for what he did was wrong and illegal.. It was also years ago so I could frankly care less.

@AlderLaneeggs Gosh, Marc, you keep climbing in the tag cloud at http://stopnakedshortselling.org. What do you do when declassification of white collar criminal communications and banking transactions happen? #WallSteet, #SEC We have it all. Time for you to make the deal. He analyzed tons of data. END_OF_DOCUMENT_TOKEN_TO_BE_REPLACED 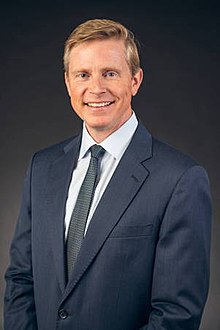 END_OF_DOCUMENT_TOKEN_TO_BE_REPLACED

Patrick Byrne is an American entrepreneur. Despite owning a company that is publicly traded on Wall Street, he has been called “The Scourge of Wall Street” for his outspoken criticism of several high-profile individuals in various financial institutions whom he accused of corruption.[1] He is the founder and chief executive officer of Overstock.com, one of the first retailers to begin accepting bitcoin as payment for goods and services.[2] He is also the co-creator of the blockchain platform tZERO.

On August 22, 2019, in a letter to shareholders, Byrne announced his resignation as chief executive officer and member of the board of Overstock.com. END_OF_DOCUMENT_TOKEN_TO_BE_REPLACED

Byrne’s talk, entitled “Turtles All the Way Down: How the Crypto-Revolution Solves Intractable Problems on Wall Street,” was a version of one he had given many times before. It touched on several of his interests, including the kind of liberalism usually referred to as libertarianism, the flaws in the structure of the stock market which make it vulnerable to manipulation, and how a blockchain-based financial system could eliminate those flaws. After the talk, a line of people waited by the stage to speak to Byrne.
END_OF_DOCUMENT_TOKEN_TO_BE_REPLACED

Former Overstock.com CEO says he’s funding ‘a team of hackers and cybersleuths’ in an attempt to prove that Trump won the presidential election

Former Overstock.com CEO Patrick Byrne said that he’s financing “a team of hackers and cybersleuths” in an attempt to prove that President Donald Trump won the 2020 presidential election, according to The Daily Beast.

Byrne, who stepped down from his position at Overstock last year after admitting to a relationship with a Russian spy, recently went on the One America News Network (OAN), a conservative news outlet and a favored media destination of Trump, to detail what he described as a “rigged” election process. END_OF_DOCUMENT_TOKEN_TO_BE_REPLACED

Despite market conditions, there is no shortage of belief in the viability of blockchain. Week after week, partnerships are made, and new products ramp up development. One notable move has taken place just recently. Patrick Byrne has indicated that he will be shifting his priority and focus from Overstock.com to tZERO. This shift will see the sale of the retail side of Overstock.com. The plan is expected to come to fruition by February of 2019, as they line up potential buyers. END_OF_DOCUMENT_TOKEN_TO_BE_REPLACED Comment: The naked short sellers are boxed  in — but they are trying hard to dupe naive investors and inattentive pension fund managers into accepting alternatives that are counterfeit — compounding their previous fraud with new fraud. There are probably 30 million counterfeit shares out there, if not more. If the SEC were honest, which it is not, it would be all over this as a pilot project to rapidly nail every naked short seller of Overstock now active.