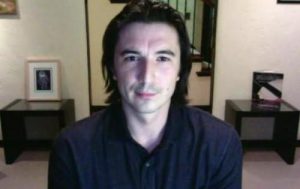 At the center of the investigation was how Robinhood displays cash balances and buying power to its customers and the process that it undertakes to vet and approve traders for options trading. END_OF_DOCUMENT_TOKEN_TO_BE_REPLACED

Two weeks ago we said that the regulatory crackdown against WallStreetBets had begun when the SEC suspended trading in pennystock Spectra Science (SCIE). Well, today we got the clearest confirmation yet that the SEC will do everything in its power to make sure that are no more Melvin Capitals and will seek to put a resolute end to the reddit bull raids when it announced that it “suspended trading in the securities of 15 companies because of questionable trading and social media activity.”

Today’s order states that trading is being suspended because of “questions about recent increased activity and volatility in the trading of these issuers, as well as the influence of certain social media accounts on that trading activity.” In enforcing the suspension, the SEC referred to federal securities laws, according to which “the SEC can suspend trading in a stock for 10 days and generally prohibit a broker-dealer from soliciting investors to buy or sell the stock again until certain reporting requirements are met.”
END_OF_DOCUMENT_TOKEN_TO_BE_REPLACED

Investing legend Charlie Munger didn’t pull any punches when talking about Robinhood and the gamification that is driving new investments in the stock market over the last few years. In an exclusive interview with the Wall Street Journal, the 97 year old Vice Chairman of Berkshire Hathaway sounded off about the “wild speculation” created by the budding brokerage.

END_OF_DOCUMENT_TOKEN_TO_BE_REPLACED

As Hearing Looms, Here Is How Gamma Was Weaponized Against GameStop

In late January 2021, GameStop experienced a once-in-a-decade squeeze that has captivated the world’s attention. It was a premeditated and programmatic exercise, orchestrated by coordinated stock and option buying across the retail and professional community, resulting in large institutional entities losing billions of dollars. Investment houses with significant short positions did not expect a stock with GameStop’s fundamental profile to increase +2,500% in price over less than three weeks; therefore, they did not have the controls in place to handle the incredible levels of stock and call option purchases. The frenzy drew comments from the White House, provoked a social media crackdown, caused brokerage units to restrict trading, and has led to a Congressional hearing on GameStop on Thursday, February 18th.
END_OF_DOCUMENT_TOKEN_TO_BE_REPLACED

And so, Griffin will likely become the target for all types of grandstanding and faux outrage at Thursday’s hearing, where a clueless House Financial Services Committee will do their best to fake any understanding of capital markets while attempting to put on a political show. Citadel could be the scapegoat for all types of new financial regulation, Bloomberg wrote on Wednesday.
END_OF_DOCUMENT_TOKEN_TO_BE_REPLACED

Here Are The Prepared Remarks For Tomorrow’s “Game Stopped” Hearings

On Thursday, the House Financial Services Committee will convene its planned hearing on the Gamestop trading fiasco, where the heads of Citadel, Robinhood, Reddit and Melvin Capital will come together to face off against Democrats like Committee Chairwoman Maxine Waters and AOC.

Ahead of that, some of the planned testimonials have been released.

Below, find remarks from Keith Gill, a Youtuber/Redditor best known as “RoaringKitty”. In his testimony, the trader- who is facing a lawsuit related to his trading and online antics – insists that he still believes in his “fundamental case” for being long Gamestop, and insists he didn’t try and pump the shares purely for his own profit.