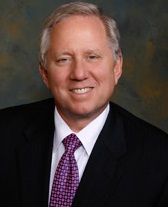 You have requested an overview of how the clearance and settlement system deals with the large amount of stock that is not being delivered in the U.S. and elsewhere.  All of the following are detailed in the enforcement actions I enclose.  While the cases we have handled have similar evidence, I cannot discuss those (as they are subject to a confidentiality order that prohibits disclosure to people outside the lawyers and clients in the case).

Let’s understand what occurs based on the enclosed:

END_OF_DOCUMENT_TOKEN_TO_BE_REPLACED

LONDON (Reuters) – A surge of interest in Italian bond futures may be a sign of a substantial short position building up in the derivatives market as tensions rise over budget negotiations between Rome and Brussels.

The big short in the futures market reflects a buildup in speculative and hedging activity after a tumultuous summer in the Italian markets and also indicates rising concerns of capital outflows. END_OF_DOCUMENT_TOKEN_TO_BE_REPLACED

LONDON, April 30 (IFR) – The European Union’s ban on short selling government debt using credit default swaps is pushing hedging or speculative activity into the bank CDS market, according to some market participants, but analysis from JP Morgan has poured cold water on these claims.

Sovereign CDS trading volumes have fallen off a cliff since the EU’s ban on naked or outright short positions came into force last November, with some arguing that trading is migrating to financial CDS, which are not covered by the rules. END_OF_DOCUMENT_TOKEN_TO_BE_REPLACED

Some Asian fixed-income investors are grappling with how to hedge high-beta portfolios on the eve of the implementation of a ban on naked shorting of European sovereign CDS.

Until March this year, using European CDS bets to offset potential losses from a drop in prices of Asian high-yield bonds had become a fairly popular strategy. However, since regulators in Europe said they were banning the practice from November 1, many of those bets were unwound. END_OF_DOCUMENT_TOKEN_TO_BE_REPLACED

CDS are contracts written by large banks that insure the buyer against a default in an underlying asset such as a government or corporate bond. END_OF_DOCUMENT_TOKEN_TO_BE_REPLACED

A ban on “naked” sovereign credit defaults swaps trading will be stricter and more far-reaching than market participants had previously thought and could severely damage market liquidity, analysts have warned.

The European Union recently published the final version of new regulation prohibiting participants from using CDS to take outright short positions in sovereigns. The regulation developed in the aftermath of various European politicians blaming sovereign CDS for peripheral bond yields widening during the euro zone crisis, despite a lack of empirical evidence to support these claims.