Don Clark is a former FBI Special agent who did a parallel investigation into the stock fraud allegations of “EagleTech” and called it “the stepping stone case in stock fraud investigations.” He was convinced the case produced enough evidence needed to prove there is a real-time organized crime syndicate working and operating currently within Wall Street. 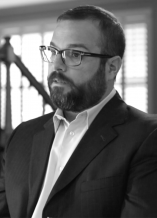 Mr. Richard “Rick” Clark began his career in Orlando serving the legal community in a full spectrum of discovery and data related services. As the industry evolved to adopt technology with the growing needs in including data as a part of the discovery process, Mr. Clark expanded his technology skill set to include information governance, litigation readiness, and analytics applications spanning platforms and workflows that encompass the full spectrum of the EDRM.

END_OF_DOCUMENT_TOKEN_TO_BE_REPLACED

Investigator claims he was Fired for Hedge Fund Inquiry

The Guardian cited by RGM Communications via Wayback, 24 June 2006

The low-profile, high-earning world of hedge funds suffered a jolt yesterday as allegations surfaced of political influence and insider dealing at one of America’s most prominent players, Pequot Capital Management.

A former investigator at the Securities and Exchange Commission has disclosed that the authority has been examining suspicious trades at Pequot – a Connecticut-based fund which has $7bn (£3.8bn) under management and operates from offices in both the US and Britain.