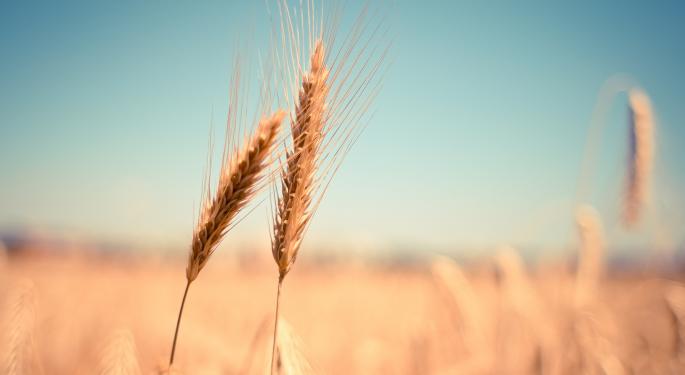 The Mondelez, Kraft Settlement
Mondelez and Kraft were once part of a single corporate entity, and they and appear to be set on resolving a dispute with the Commodity Futures Trading Commission, the newspaper reported Thursday. END_OF_DOCUMENT_TOKEN_TO_BE_REPLACED

Shares of Almaden Minerals Ltd. AAU 0.08% were trading higher by more than 9 percent on Tuesday, despite The Street Sweeper stating in a new research report the company’s stock is “fool’s gold.”

Almaden Minerals saw its stock rise on misconceptions surrounding a “highly speculative” gold mine project in Mexico (Ixtaca) to cost more than $1 billion, The Street Sweeper’s Sonya Colberg wrote. Meanwhile, the company only has a “measly $2-or-$3 million in the kitty,” or a “tiny, tiny sliver” of the amount it would need to finance any mining projects of such a large scale.

Almaden announced back in October a plan to secure financing to acquire a mine in Alaska. The company pitched a $6.5 million option deal to acquire the mine and argued that it will reduce its Ixtaca ramp costs by $70 million – a figure that was an “arguably highly inflated guesstimate.”
END_OF_DOCUMENT_TOKEN_TO_BE_REPLACED