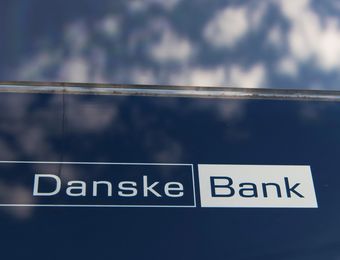 Danske Bank A/S has been charged by Danish police for allegedly violating rules intended to protect investors from market manipulation.

Denmark’s biggest bank, which is separately being investigated in the U.S. and Europe amid an ongoing money-laundering case, says it received notice of preliminary charges from the Danish State Prosecutor for Serious Economic and International Crime, or SOIK. The case relates to two potential violations of market abuse regulations, according to an emailed statement on Friday. END_OF_DOCUMENT_TOKEN_TO_BE_REPLACED

Danske Bank A/S is replacing Chris Vogelzang as chief executive officer after a Dutch money-laundering investigation implicated the former ABN Amro Bank NV executive, complicating the Danish lender’s efforts to get past its own scandal.

Vogelzang, who had run Denmark’s biggest bank for less than two years, will be replaced by Danske’s head of risk management, Carsten Egeriis. The move comes after authorities in the Netherlands named Vogelzang “a suspect in connection with their investigations of potential violations of Dutch legislation relating to the prevention of money laundering at ABN Amro,” Danske said. END_OF_DOCUMENT_TOKEN_TO_BE_REPLACED