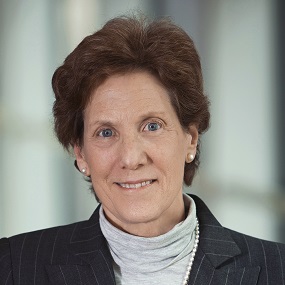 Jessica Einhorn serves on the Board of Directors at BlackRock, Inc. She is the former Dean Paul H. Nitze School of Advanced International Studies (SAIS) at the John Hopkins University. Prior to becoming Dean, she was a consultant at Clark & Weinstock, a strategic consulting firm. Einhorn also spent nearly 20 years at the World Bank, concluding as Managing Director in 1998. Between 1998 and 1999, Einhorn was a Visiting Fellow at the International Monetary Fund. Prior to joining the World Bank in 1978, she held positions at the U.S. Treasury, the U.S. State Department and the International Development Cooperation Agency of the United States. She currently serves as a Director of both the Peterson Institute for International Economics and the National Bureau of Economic Research. As of July 2012, Ms. Einhorn is resident at The Rock Creek Group in Washington, D.C., where she is a Senior Advisor and longstanding member of The Rock Creek Group Advisory Board. Einhorn holds a Ph.D. in politics from Princeton University, an M.A. in international relations from SAIS, and a B.A. from Barnard College. 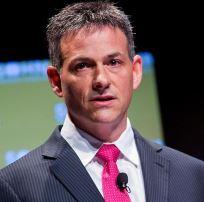 David Einhorn started his career with the hedge fund Siegler, Collery & Co. in 1993. In 1996, Einhorn founded Greenlight Capital Inc. with Jeffrey Keswin. The firm began with less than $1 million, and as of 2017, the firm had close to $10 billion assets under management. However, as of July 2018, after more than ten years of winning on Wall Street, investors estimate that Greenlight Capital has shrunk to about $5.5 billion in assets under management, reported The Wall Street Journal. Frustrated clients are pulling their investments from the firm.

END_OF_DOCUMENT_TOKEN_TO_BE_REPLACED

David Einhorn of Greenlight Capital has again taken to Twitter to call out Tesla’s accounting practices in a message directed at CEO Elon Musk.

“Dear Elon, I guess the offer of a factory tour was never serious,” Einhorn, a long-time Tesla bear and short-seller, tweeted Thursday. “I remain curious about your accounts receivable.”

Shares of Tesla pared gains from earlier in the day and traded down as much as 3% following Einhorn’s comments.

Investors betting against Tesla suffered record losses of $5.8 billion (€5.2 billion) in January after the stock hit a new high, marking a win for chief executive Elon Musk in a long-running battle with short-sellers.

Mr Musk’s testy sparring online with notable short-sellers, including David Einhorn of Greenlight Capital, has become one of the fiercest rivalries in capital markets.

Elon Musk has offered to send a pair of ‘short shorts’ to his biggest critic and Tesla short seller David Einhorn, after the hedgefund boss was forced to admit to his shareholders that he’s lost money betting against the automaker.

Musk’s jibe came after Einhorn took a swipe at the Tesla owner in a letter to his shareholders last week, in which he claimed that the ‘accepted reality (at Tesla) appears to be that Elon Musk is above the law.’

Tesla’s Musk, Greenlight’s Einhorn taunt each other on Twitter

Einhorn on Oct. 30 had told his investors at Greenlight Capital that his fund had lost money on Tesla. Greenlight bet against the electric carmaker, and shares rose in the second quarter.

Tesla shares are surging — and short sellers are hurting.

Wall Street investors betting against Tesla’s stock got clobbered to the tune of nearly $1.5 billion on Thursday after Elon Musk’s electric-car maker reported a surprise profit, giving the company’s shares their biggest boost in six years.

Like many in his peer group, things have been pretty rough lately for good old David Einhorn. What with losing all that client money, getting shut down on his big GM play and the Mets being sellers at the deadline, Big Dave just needs a win.

But he seems to be barking up the wrong tree with his strange Tesla obsession. See, David Einhorn is a systematic value investor who likes to look at things through a logical prism. He’s a master poker player with a long-term view of the world. He’s a billionaire who drives a Honda Odyssey.