On October 15, by a 3-to-2 vote, the Commodity Futures Trading Commission (CFTC) approved a woefully inadequate final rule to prevent market manipulation and excessive speculation in physical commodity derivatives contracts. The rulemaking process had begun in 2010, but a successful Wall Street lawsuit in 2012 concerning a few words in the Dodd Frank Wall Street Reform and Consumer Financial Protection Act of 2010, prevented its finalization while there was a Democratic majority of commissioners. This final rule is based on a May 15, 2020 proposal, following the majority’s vote to withdraw 2013 and 2016 proposals and supplements to proposals. IATP has commented on all the proposed rules, beginning in 2010 and up to the May proposal.

Commissioner Rostin Behnam noted in his dissent to the 899-page voting draft of the rule that the CFTC was still investigating an unprecedently large April 20-21 price swing in the West Texas Intermediate (WTI) crude oil contract. Why rush to finalize the rule before the completion of the WTI investigation? The majority needed to vote before Commissioner Brian Quintenz departs the CFTC at the end of October. END_OF_DOCUMENT_TOKEN_TO_BE_REPLACED

A federal jury in Chicago, after three days of deliberations, concluded Chanu and Vorley made bogus trade orders between 2008 and 2013 to illegally influence precious-metals prices. The weeklong trial was the latest U.S. prosecution of a “spoofing” case since the global market “flash crash” in 2010. END_OF_DOCUMENT_TOKEN_TO_BE_REPLACED

CNBC host and former hedge fund manager Jim Cramer announced that he thinks the federal government is considering some of his idea to combat economic uncertainty during the coronavirus crisis Thursday, after taking a mysterious “important call” live on air.

As Cramer was discussing ways for the U.S. government to help the market, his phone began to ring.

Billionaire Ken Griffin buys New York penthouse for $238 million, the most expensive US home ever sold 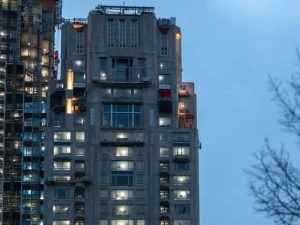 Hedge fund billionaire Ken Griffin closed a deal to buy the most expensive home ever sold in the U.S., paying around $238 million for a New York penthouse overlooking Central Park.

Hedge fund billionaire Ken Griffin has just smashed another real estate price record, buying the most expensive home sold in London in over a decade for $122 million.

Griffin, CEO and founder of Citadel, bought a famed mansion near Buckingham Palace that was once home to Charles de Gaulle, according to a company spokesperson. The property at 3 Carlton Gardens stretches more than 16,000 square feet and has an indoor swimming pool and large staff quarters. It is the most expensive home sold in London since 2008, and comes as London property prices have tumbled due to Brexit fears.

The U.S. derivatives regulator is set to announce it has fined European lenders UBS, HSBC and Deutsche Bank millions of dollars each for so-called “spoofing” and manipulation in the U.S. futures market, three people with direct knowledge of the matter told Reuters.

The enforcement action by the Commodity Futures Trading Commission (CFTC) is the result of a multi-agency investigation that also involves the Department of Justice (DoJ) and the Federal Bureau of Investigation (FBI) – the first of its kind for the CFTC, the people said.

The fines for UBS and Deutsche Bank will be upward of ten million, while the fine for HSBC will be slightly less than that, the people said, without providing exact figures. END_OF_DOCUMENT_TOKEN_TO_BE_REPLACED

According to local media reports, Griffin bought the top four floors of a new condo tower on the Gold Coast for $58.5 million. And he’s buying raw space. So he will spend millions more to turn the space into a home.