Daniel Seth Loeb  born December 18, 1961) is an American investor, hedge fund manager, and philanthropist. He is the founder and chief executive of Third Point, a New York-based hedge fund focused on event-driven, value-oriented investing with $10.8 billion in assets under management, as of March 2016.

New York magazine noted that Loeb’s “preferred strategy” is to buy into troubled companies, replace inefficient management, and return the companies to profitability, which “is the key to his success.” Loeb was described as “one of the most successful activists” in 2014. END_OF_DOCUMENT_TOKEN_TO_BE_REPLACED 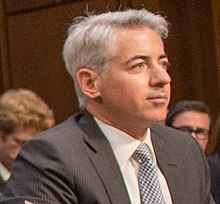