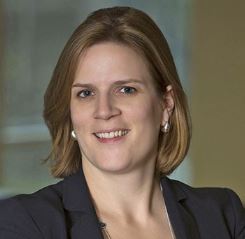 Salim Ramji is a member of BlackRock’s Global Executive Committee. He is a Senior Managing Director and is Global Head of iShares and Index Investments for BlackRock. Ramji joined BlackRock in 2014, serving initially as the Global Head of Corporate Strategy. Before joining BlackRock, he was a Senior Partner at McKinsey & Company. Ramji earned a bachelor’s degree in economics and politics from University of Toronto, a law degree from Cambridge University. 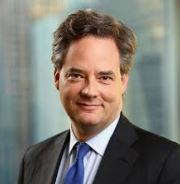 Mark Wiedman is a member of BlackRock’s Global Executive Committee. He is a Senior Managing Director and Head of International and of Corporate Strategy for BlackRock. He oversees BlackRock’s operations in EMEA, Latin America, and Asia Pacific, and global marketing. Before BlackRock, he was Senior Advisor to the Under Secretary for Domestic Finance at the U.S. Treasury and a management consultant at McKinsey & Company. He has taught law at Renmin University in Beijing and lectured on finance at Princeton, Stanford, and Yale. He earned an AB degree in Social Studies from Harvard College in 1992, and a JD degree from Yale Law School in 1996.

Lael Brainard took office as a member of the Board of Governors of the Federal Reserve System on June 16, 2014, to fill an unexpired term ending January 31, 2026. Prior to her appointment to the Board, Dr. Brainard served as Under Secretary of the U.S. Department of the Treasury from 2010 to 2013 and counselor to the Secretary of the Treasury in 2009. During this time, she was the U.S. representative to the G-20 Finance Deputies and G-7 Deputies and was a member of the Financial Stability Board. From 2001 to 2008, Dr. Brainard was vice president and the founding director of the Global Economy and Development Program and held the Bernard L. Schwartz Chair at the Brookings Institution. She served as the deputy national economic adviser and deputy assistant to President Clinton. She also served as President Clinton’s personal representative to the G-7/G-8. Previously, Dr. Brainard worked in management consulting at McKinsey & Company. She received a BA from Wesleyan University in 1983. She received an MS and a PhD in economics in 1989 from Harvard University.

James P. Gorman is a member of the board of directors at the Federal Reserve Bank of New York. He is chairman and chief executive officer (CEO) of Morgan Stanley. Before joining Morgan Stanley, Mr. Gorman held a succession of executive positions at Merrill Lynch. Prior to this he was a senior partner of McKinsey & Co. and began his career as an attorney in Melbourne, Australia. He also serves as a director of the Council on Foreign Relations and formerly served as president of the Federal Advisory Council to the U.S. Federal Reserve Board, co-chairman of the Partnership for New York City, chairman of the Board of the Securities Industry and Financial Markets Association. Mr. Gorman, who was born in Australia, earned a bachelor of arts degree and a law degree from the University of Melbourne and a master of business administration degree from Columbia University. 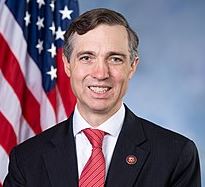 Nicholas Van Campen Taylor, known as Van Taylor (R-TX) is a committee member of the 116th Congress U.S. House Committee on Financial Services. He is an American businessman and politician from Plano, Texas. He is the U.S. Representative for Texas’ 3rd congressional district. Taylor is a veteran of the Iraq War and a member of the Republican Party, he represented District 8 in the Texas Senate for a single term from 2015 to 2019. He also previously served in the Texas House of Representatives for District 66 in western Collin County. From January 2002 to December 2018, Taylor worked for Churchill Capital Company, a real estate investment banking and principal investment firm, as a real estate investment banker. He previously worked for McKinsey & Company and Trammell Crow Company. He graduated from Harvard University (BA, MBA). 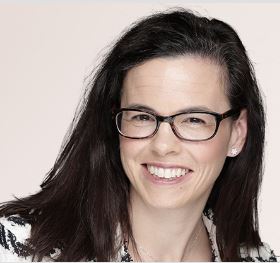 Christiana Riley is the Chief Executive Officer of Deutsche Bank (Americas). She has been a member of the Management Board since Jan 1, 2020. Riley joined Deutsche Bank in 2006 where she was most recently Chief Financial Officer of the Corporate & Investment Bank. Prior to this Riley worked at the management consultancy McKinsey & Company and at the investment bank Greenhill & Co. In 2000, she graduated from Princeton University and in 2005 she received her Master’s of Business Administration at the London Business School in the UK. 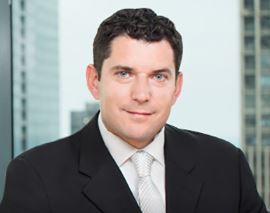 Mark Stainton is a Special Advisor to the CEO. He joined Citadel in 2006 as Head of Commodities and was subsequently appointed to Head of Global Equities in 2016 before assuming his current role. Prior to Citadel, he served as Head of CDO and Exotic Credit Trading at Deutsche Bank. Prior to Deutsche Bank, he spent three years at JPMorgan Chase in London, where he was a specialist in interest rate and currency products. Mark began his career at McKinsey & Company and holds a bachelor’s degree from Oxford University.

END_OF_DOCUMENT_TOKEN_TO_BE_REPLACED

United States Senator Tom Cotton (R-AR) is a minority member of the US Senate Committee on Banking. He is also o the the Intelligence Committee, and the Armed Services Committee, where he chairs the Air Land Power Subcommittee. He graduated from Harvard, and Harvard Law School. After a clerkship with the U.S. Court of Appeals and private law practice. Tom served nearly five years on active duty in the United States Army as an Infantry Officer. Between the Army and the Senate, Tom worked for McKinsey & Co. and served one term in the House of Representatives.