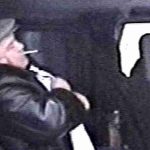 Semion Mogilevich Today: Where Is the Notorious Ukrainian-Russian Mobster?

A new true crime documentary series dropped on Netflix on August 5, World’s Most Wanted, which profiles five of the most notorious fugitives of the past few decades.

One of the episodes focuses on Ukrainian-Russian mobster Semion Mogilevich, who is considered by many agencies to be the “boss of bosses” of the majority of Russian mafia organizations.

The FinCEN Files leak show JP Morgan in London was suspected of helping Russian mafia ‘capo di capi’ or boss of bosses to launder more than a $1BN.

Semion Mogilevich – who has appeared in the FBI’s 10 Most Wanted list – has been accused of crimes including murder, drugs smuggling and gun running.

Given his background he should not have been allowed to use the financial system, but a SARs filed by JP Morgan in 2015 after the account was closed, reveals how the bank’s London office may have moved some of the cash.

The FinCen Files is a data dump leak of internal US Treasury Department documents which apparently show how major banks allowed criminal suspects to launder dirty money around the globe. Notably, the leak shows London is often the weak link in the financial system and how London is awash with Russian cash.

The leak of documents from the Treasury Department show how JP Morgan, provided banking services to a secretive offshore company called ABSI Enterprises between 2002 and 2013, even though the firm’s ownership was not clear from the bank’s records, the BBC reported.

The bank’s SAR noted ABSI’s parent company “might be associated with Semion Mogilevich – an individual who was on the FBI’s top 10 most wanted list”.

In a statement to the BBC, JP Morgan said: “We follow all laws and regulations in support of the government’s work to combat financial crimes. We devote thousands of people and hundreds of millions of dollars to this important work.”

The files were obtained by BuzzFeed News which shared them with the International Consortium of Investigative Journalists (ICIJ) – image above from www.ICIJ.org – and 400 journalists around the world. The Panorama investigation programme led research for the BBC.

Leaked documents allege that some of the world’s largest banks have allowed $2 trillion worth of suspicious or fraudulent activity to take place, including money laundering for criminal gangs and terrorists.

The so-called “FinCEN Files” consist of more than 2,000 Suspicious Activity Reports, or SARs, sent by banks to the U.S. Treasury, alerting the authorities to possible criminal activity, from 1999 and 2017. The files were leaked to Buzzfeed and shared with a global network of investigative journalists. END_OF_DOCUMENT_TOKEN_TO_BE_REPLACED