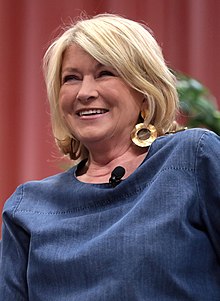 In 2004, Stewart was convicted of charges related to the ImClone stock trading case; she served five months in federal prison and was released in March 2005. There was speculation that the incident would effectively end her media empire,but in 2005 Stewart began a comeback campaign[5] and her company returned to profitability in 2006. END_OF_DOCUMENT_TOKEN_TO_BE_REPLACED

Every day, millions of shares of stock are sold but can’t be delivered because of an obscure trading practice called “naked short selling.” In a normal short sale, an investor borrows shares and sells them, making a profit if the price falls by replacing the borrowed shares with cheaper ones. In a naked short sale, an investor doesn’t borrow the shares, but sells them anyway. In extreme cases, the investor sells “Phantom Shares,” shares that don’t exist. The BLOOMBERG TELEVISION report, anchored by Mike Schneider, explains this practice, how it’s executed and what the Securities and Exchange Commission is doing in an effort to control it. END_OF_DOCUMENT_TOKEN_TO_BE_REPLACED

Data released to Patch earlier this month had shown trade fails of 10 million shares starting in mid-April, a time when 4 million shares of Global Links were issued and outstanding.