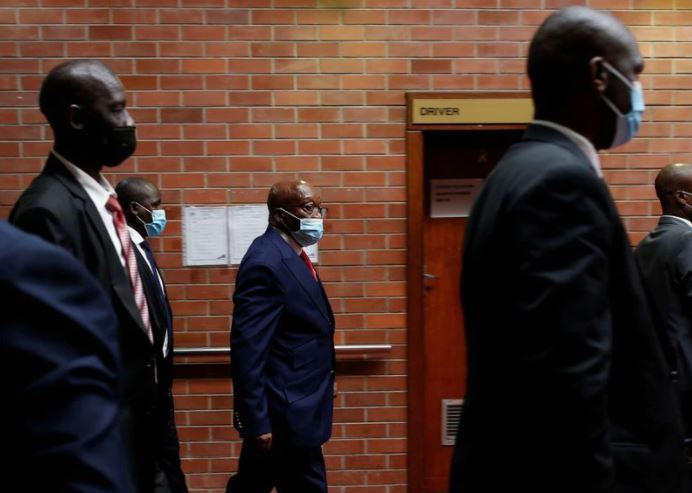 South Africa’s former leader Jacob Zuma pleaded not guilty on Wednesday to corruption, fraud, racketeering and money laundering charges relating to a $2 billion arms deal when he was deputy president.

Zuma, who was president between 2009-2018, faces 18 charges relating to the 1999 deal. He has rejected the charges and says he is the victim of a politically motivated witch hunt by a rival faction of the ruling African National Congress.

Zuma, who also faces a separate inquiry into corruption during his time as president, is accused of accepting 500,000 rand ($34,000) annually from French arms company Thales, in exchange for protecting the company from an investigation into the deal. END_OF_DOCUMENT_TOKEN_TO_BE_REPLACED

The SEC gave “preferential treatment” to Wall Street executive John Mack during an insider trading investigation three years ago because Mack was about to become CEO of the Morgan Stanley investment banking firm, the SEC’s inspector general concluded in a report obtained by ABC News.

The report recommended disciplinary action against the SEC’s chief of enforcement, Linda Thomson, and said the firing of an SEC lawyer was “connected” to his persistent attempts to take Mack’s testimony. Read the report’s conclusion and recommendations here.