The US Securities and Exchange Commission has paid out its largest-ever whistleblower award — nearly $50 million.

The whistleblower tipped off the agency to a currency manipulation scheme at a massive bank, resulting in a “successful enforcement action,” the SEC said Thursday.
The Wall Street Journal, which conducted an investigation about the scheme, reported the whistleblower is a trader from Bank of New York Mellon (BKPRC) who alerted the SEC about the bank’s reported pattern of “overcharging big clients on currency trades.” 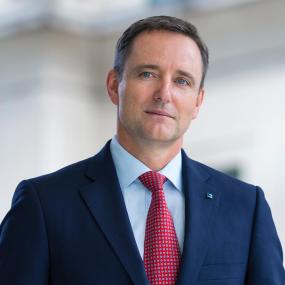 Mark Wilson serves on the Board of Directors at BlackRock, Inc. Wilson served as the Chief Executive Officer of Aviva plc, a multinational insurance company headquartered in the UK, from January 2013 to October 2018. Prior to joining Aviva, he worked in Asia for 14 years, including as Chief Executive Officer of AIA Group Limited, a leading pan-Asian company. He graduated from the University of Waikato.

Steven Cohen may soon be able to manager other people’s money once again — but potential investors are wary, the New York Times reported. Cohen, a billionaire who for years ran S.A.C. Capital, nearly had had his career destroyed after a government investigation into insider trading at his firm.

Cohen was banned for two years from running a hedge fund after an investor at his firm used illegal trading methods. S.A.C. Capital also paid $1.6 billion in fines and penalties after pleading guilty to securities exchange fraud. END_OF_DOCUMENT_TOKEN_TO_BE_REPLACED

Hydrogenics Corporation, a leading developer and manufacturer of hydrogen generation and fuel cell products, today announced that the Company has received orders, for the delivery of five new generation HyPM(TM)HD Series Fuel Cell Power Modules from US Hybrid of Torrance, California. US Hybrid specializes in the design and manufacture of power conversion systems for medium and heavy duty electric, hybrid and fuel cell commercial buses and trucks. The power modules will be used in a dump truck, a step van and several buses. The vehicles are part of a government funded program managed by the High Technology Development Corporation’s Hawaii Center for Advanced Transportation Technologies and will be deployed for a variety of end users in Hawaii. END_OF_DOCUMENT_TOKEN_TO_BE_REPLACED