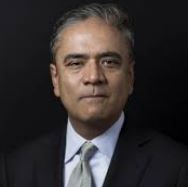 Anshu Jain is the President of Cantor Fitzgerald L.P., he works alongside Howard W. Lutnick, Chairman and Chief Executive Officer.  Mr. Jain was Co-CEO of Deutsche Bank from June 2012 to June 2015. Prior to that, he worked at Merrill Lynch  He served on the International Advisory Panel of the Monetary Authority of Singapore. Mr. Jain received his Bachelor’s degree in Economics, with honors, from the University of Delhi and his MBA in Finance degree, Beta Gamma Sigma, from the University of Massachusetts Amherst.

END_OF_DOCUMENT_TOKEN_TO_BE_REPLACED

Almost every weekday between the fall of 2011 and early 2015, a Russian broker named Igor Volkov called the equities desk of Deutsche Bank’s Moscow headquarters. Volkov would speak to a sales trader—often, a young woman named Dina Maksutova—and ask her to place two trades simultaneously. In one, he would use Russian rubles to buy a blue-chip Russian stock, such as Lukoil, for a Russian company that he represented. Usually, the order was for about ten million dollars’ worth of the stock. In the second trade, Volkov—acting on behalf of a different company, which typically was registered in an offshore territory, such as the British Virgin Islands—would sell the same Russian stock, in the same quantity, in London, in exchange for dollars, pounds, or euros. Both the Russian company and the offshore company had the same owner. Deutsche Bank was helping the client to buy and sell to himself. END_OF_DOCUMENT_TOKEN_TO_BE_REPLACED