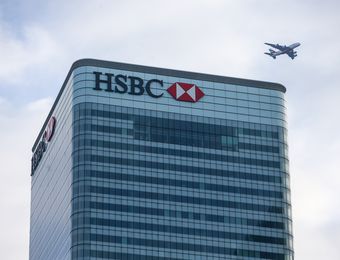 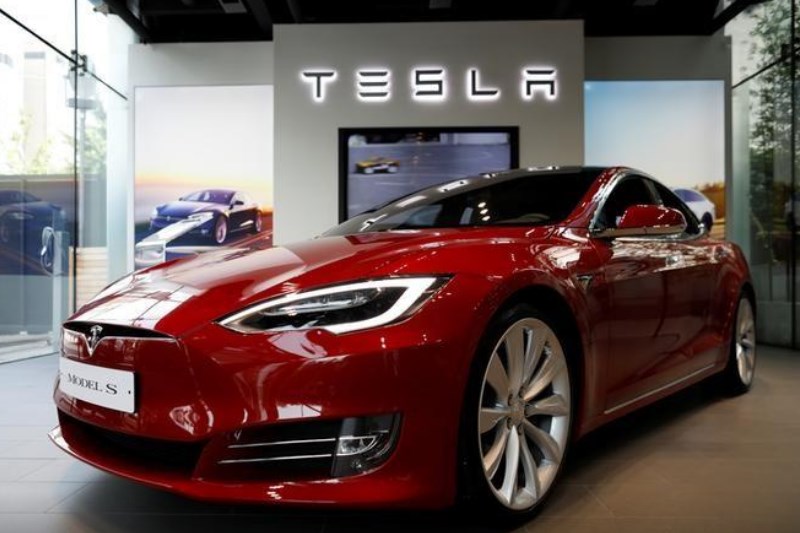 Tesla (NASDAQ:TSLA) stock rose 2.9% on strong sales in China, a major market for the electric vehicle maker, shrugging off the news that long-time executive Jerome Guillen, who headed up the commercial truck sector of the company, has left the company.

Clover Health (NASDAQ:CLOV) stock rose 35% as small-time retail investors again piled into some of the most heavily shorted U.S. stocks. The U.S. Securities and Exchange Commission has said it was looking into signs of market manipulation following the social-media driven rally of a number of so-called meme stocks. END_OF_DOCUMENT_TOKEN_TO_BE_REPLACED 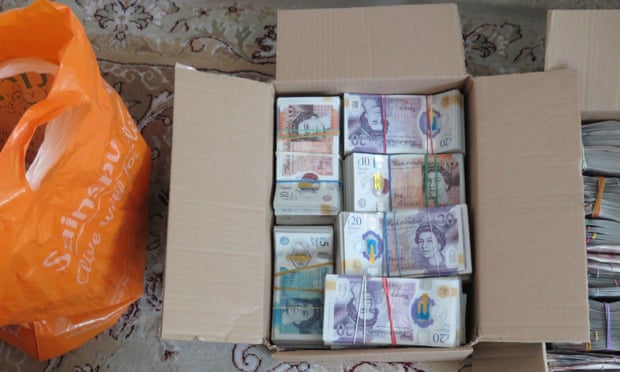 In March, the government published its review of all the threats facing this country, and how it would respond to them, from hostile autocracies and cybercrime to terrorism and trade. Running through the pages of this huge and complex document, like lead through a pencil, is one consistent vulnerability: dark money.

No matter who you identify as our adversaries – mafia groups, al-Qaida, whoever – they all hide their wealth in the shadows of the financial system: by obscuring ownership with shell companies, or using dodgy banks, or by holding wealth in the form of physical assets, such as fine art. And shining light on those shadows will expose their secrets and help make us all safer. It will also make us more prosperous: more than 2,200 acts of fraud are reported every day in Britain. Those crimes cost us billions upon billions of pounds, and often most affect older and vulnerable people. END_OF_DOCUMENT_TOKEN_TO_BE_REPLACED 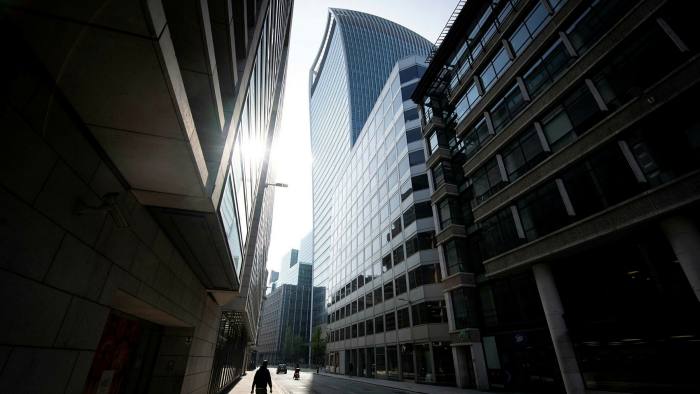 Seven years on, the assessment is very different. Last year’s report on Russia by parliament’s Intelligence and Security Committee — eventually published after a contentious delay — found that the warm British welcome for Russian money “offered ideal mechanisms by which illicit finance could be recycled through what has been referred to as the London ‘laundromat’”. END_OF_DOCUMENT_TOKEN_TO_BE_REPLACED 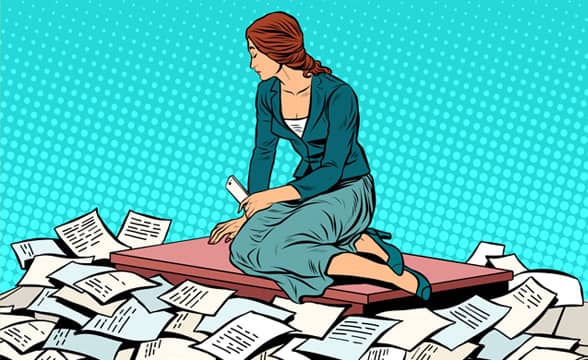 Commenting on the issue, former B.C. finance minister Mike de Jong argued that the allegations mounted against the province were “offensive,” missing to mention the fact that Ross Alderson, the former director of anti-money laundering (AML) at the B.C. Lottery Corporation (BCLC) has been missing since March.

Alderson was the key witness and main whistleblower in the case against the alleged corruption in BCLC and the province. De Jong, though, argued vehemently the accusations against the government were unfounded and frustrating. END_OF_DOCUMENT_TOKEN_TO_BE_REPLACED 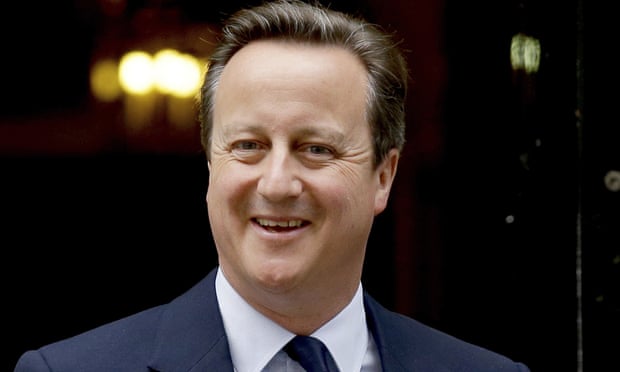 The independent review, commissioned by Boris Johnson, will be led by the legal expert Nigel Boardman, a non-executive board member of the Department for Business, Energy and Industrial Strategy. END_OF_DOCUMENT_TOKEN_TO_BE_REPLACED

Seven years after Credit Suisse promised federal prosecutors that it would stop helping rich Americans hide their wealth from tax collectors, a whistle-blower is contending that it continued to do just that, raising the possibility that the Swiss bank could face a fresh investigation and steep financial penalties.

The allegations, laid out in documents sent last week to the Justice Department and the Internal Revenue Service, were made by a former Credit Suisse employee. The former employee said that the bank continued to hide assets for its clients long after it promised prosecutors it would close those accounts, according to copies of documents obtained by The New York Times.

The whistle-blower, whose identity is unknown, is also contending that Credit Suisse lied to federal prosecutors, the Internal Revenue Service and members of Congress during their yearslong inquiry into how Swiss banks helped Americans defraud the government. Those investigations ultimately led to a settlement in May 2014 between Credit Suisse and federal prosecutors, in which the Swiss bank pleaded guilty to helping some of its American clients evade taxes by cloaking their wealth through offshore shell companies.

Credit Suisse was fined a total of $2.6 billion, but avoided even higher fines because it vowed to the Justice Department and a Senate panel that it had not only stopped the practice, but that it would close “any and all accounts of recalcitrant account holders.” The bank also pledged to help the United States pursue other criminal investigations, according to the plea agreement. Credit Suisse’s guilty plea and steep fine were rare in 2014. It was the first time in more than two decades that a lender of its size had admitted wrongdoing in an American court.

The British parliament’s defence committee said on Thursday that it had found clear evidence that telecoms giant Huawei had colluded with the Chinese state and said Britain may need to remove all Huawei equipment earlier than planned.

British Prime Minister Boris Johnson in July ordered Huawei equipment to be purged from the nascent 5G network by the end of 2027. U.S. President Donald Trump claimed credit for the British decision.

“The West must urgently unite to advance a counterweight to China’s tech dominance,” Tobias Ellwood, chairman of the defence committee, said. “We must not surrender our national security for the sake of short-term technological development.”

The committee did not go into detail about the exact nature of the ties but said it had seen clear evidence of Huawei collusion with “the Chinese Communist Party apparatus”. 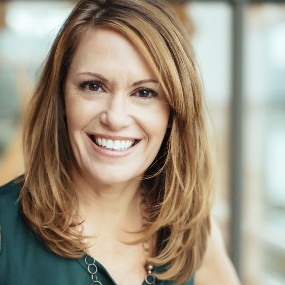 Margaret L. Johnson serves on the Board of Directors at BlackRock, Inc. She is Executive Vice-President of Business Development at Microsoft Corporation. Johnson joined Microsoft from Qualcomm Incorporated, where she served in various leadership positions across engineering, sales, marketing and business development. She most recently served as Executive Vice President of Qualcomm Technologies, Inc. and President of Global Market Development. Ms. Johnson is a Director of PATH and a Trustee of The Paley Center for Media. She received an undergraduate degree from San Diego State University.

Overstock.com, Inc. (NASDAQ:OSTK) has announced that the company’s blockchain accelerator, Medici Ventures, has exercised a warrant to purchase an additional $5 million of equity in keiretsu company GrainChain to further grow its revolutionary agricultural blockchain platform. Medici Ventures is joining Eden Block and other investors in this latest round of funding for GrainChain, which resulted in $8.2 million in capital for the company. This follows Medici Ventures’ initial investment of $2.5 million in GrainChain, announced in December 2018.

GrainChain’s innovative platform enables faster payment and allows for the immediate availability of tradable commodities between buyers and farmers. Its blockchain-based infrastructure also reduces fraud and corruption through tracking and certification, and generally streamlines transactional procedures throughout the commodities supply chain. END_OF_DOCUMENT_TOKEN_TO_BE_REPLACED

Downing Street has reportedly launched a major investigation into alleged links between foreign governments and the MPs behind the ‘Surrender Act’ which could force Boris Johnson to delay Britains’s exit from the European Union, according to The Mail on Sunday.

According to the newspaper, sources say that No 10 took the unprecedented action after officials received intelligence that the MPs, including former Cabinet Minister Oliver Letwin, had received help drafting the Bill from members of the French Government and the European Union.

The newspaper has also claims that the rebel MPs have drawn up plans for a second Act which would allow Commons Speaker John Bercow to bypass the Prime Minister if he cannot strike a deal to leave the EU on October 31st, something that has been reported from other sources.

The new law would allow Mr Bercow to personally ask Brussels for a further delay on behalf of the Commons. The rebels have reportedly discussed using the legislation to give Mr Bercow the power to appoint a new British commissioner to the EU, with pro-Remain former Home Secretary Amber Rudd mentioned as a candidate.

The Benn Act, passed earlier this month, states that if Johnson fails to win a deal by the end of the next EU summit on October 18th, he must write a letter to Brussels asking for the UK’s departure to be delayed until January 31st, which he says he will refuse to do.

Under the rebel plan, the Commons would sit on October 19th in order to pass a new Bill giving Mr Bercow the power to write the letter. A senior Commons source said: ‘The rebels say that if Boris wants to play with nuclear weapons then so will they’.

But last night No 10 hit back amid claims from senior sources that Mr Letwin had agreed the January 31st date in the first Benn Act with figures at the French Embassy in London.

Overstock.com, Inc. (OSTK) shares fell to key support levels after former CEO Patrick Byrne disclosed the sale of 4.7 million shares in a Form 4 SEC filing earlier this week. While large insider sales are typically a bearish signal, Byrne noted in a letter that the sale was due to insurance, controversy, and hedging rather than a lack of confidence in the company. END_OF_DOCUMENT_TOKEN_TO_BE_REPLACED

Overstock’s Patrick Byrne: the rise and fall of a blockchain pioneer

Patrick Byrne this week resigned as CEO of US online retailer Overstock. The move closely followed the announcement of disappointing Q2 2019 financial results.

In a letter, he said it was impossible to continue due to distraction and fallout related to his involvement in a Federal Bureau of Investigation Russian espionage probe. END_OF_DOCUMENT_TOKEN_TO_BE_REPLACED

Patrick Byrne, the CEO of Overstock is known as two things: innovator and survivor. Over the course of his life, Mr. Byrne has beaten cancer three times, hepatitis twice, and endured over 100 surgeries and medical procedures. From this, he draws inspiration.

“Life is short,” said Mr. Byrne in a recent interview with Silicon Slopes. “Samuel Johnson says, ‘When you tell a man he’s to be hung in a fortnight, it tends to focus his mind tremendously.’ Well, I’ve been very focused on getting some things done and it has lasted about 30 years. It’s probably the best thing that ever happened to me. If I hadn’t gotten cancer I probably would’ve been a lifeguard somewhere and not nearly as driven.”

Alongside this constant battle, Mr. Byrne has grown into one of Utah’s most notable innovators. In 1999, he launched Overstock.com to corner an emerging market: discount goods sold via the internet. END_OF_DOCUMENT_TOKEN_TO_BE_REPLACED