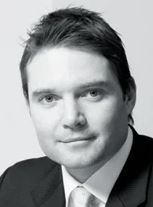 Marcus Freeman is the Managing Director & Chief Executive Officer of Canaccord Genuity (Australia) Limited (Asia-Pacific). He was appointed in February, 2015. He co-founded BGF Equities in 2008. Freeman completed his B. Com and was originally recruited to the graduate program of Price Waterhouse. Some years later he relocated to London, where he worked at Sakura Bank (Foreign Exchange), Rabobank International (Foreign Exchange) and Deutsche Bank (Global Equities). He returned to Australia in 2000 to work in Bell Potter’s equities business for approximately eight years, where he built significant institutional and investment banking relationships before founding BGF Equities.