The Singapore-based branch of a Swiss private bank has reportedly been charged $1 million for failing to adhere with measures to counter terrorist financing and money-laundering. The fine was imposed on Bank J. Safra Sarasin for serious breaches between March 2014 & September 2018.

In particular, the bank failed to establish the source of the funds of its customers by appropriate as well as reasonable means.

In most cases, Bank J. Safra Sarasin depended on the representations of customers without any proper validation. The bank also failed to inquire into exceptionally large or irregular patterns of customer transactions that had no apparent economic purpose. END_OF_DOCUMENT_TOKEN_TO_BE_REPLACED

The move will add to similar controls put in place since August 2016, first on extreme gyrations in equities and a year later on derivative products. They followed a series of events that provoked regulatory probes into market misconduct such as price manipulation and pump-and-dump scandals.

“The volatility control mechanism (VCM) has worked as intended without any negative feedback from the market,” said Tom Chan Pak-lam, chairman of Hong Kong Institute of Securities Dealers, the local brokerage industry body. “In many cases, sharp and sudden price movements were smoothed out as the cooling-off periods allowed participants to react while trading continued.”

As the value of virtual currencies spirals ever higher, so have the scams related to them.

According to new data from the U.K.’s fraud reporting service Action Fraud, scams involving cryptocurrency investment rose 57% across the U.K. in 2020, with a total of 5,581 reports made.

Investors lost a total of £113 million to crypto scammers in 2020, up from £76.6 million the previous year. END_OF_DOCUMENT_TOKEN_TO_BE_REPLACED 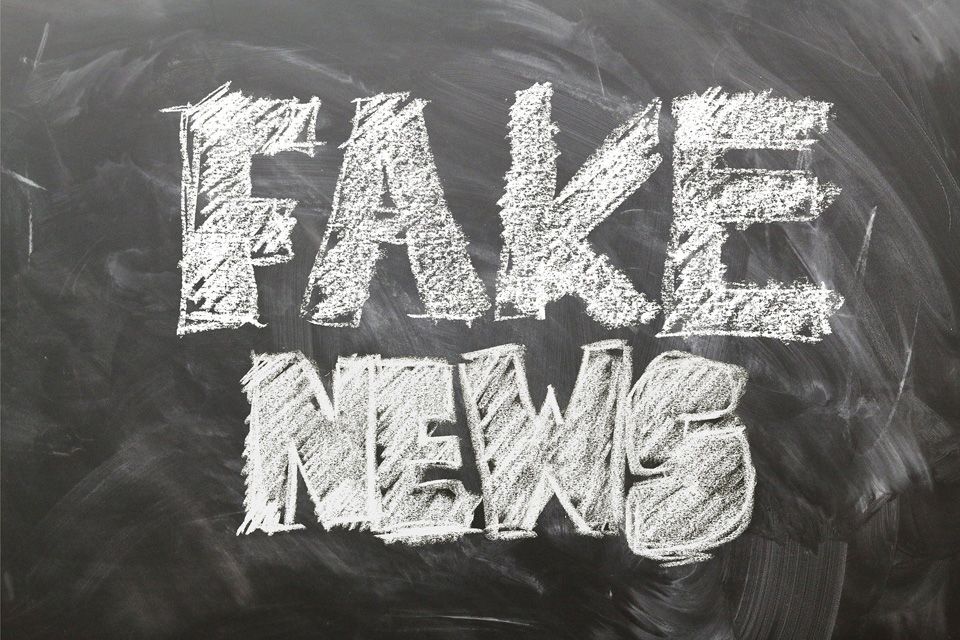 CONSIDER this hypothetical scenario: In an effort to pump up the price of his holdings in a loss-making distributor of electronic games, Steve Wong logs on to several investor chat rooms on the Internet to start rumours that the company is about to expand its distribution network to untapped overseas markets, in anticipation of tie-ups with big local champions in their respective domestic markets. END_OF_DOCUMENT_TOKEN_TO_BE_REPLACED 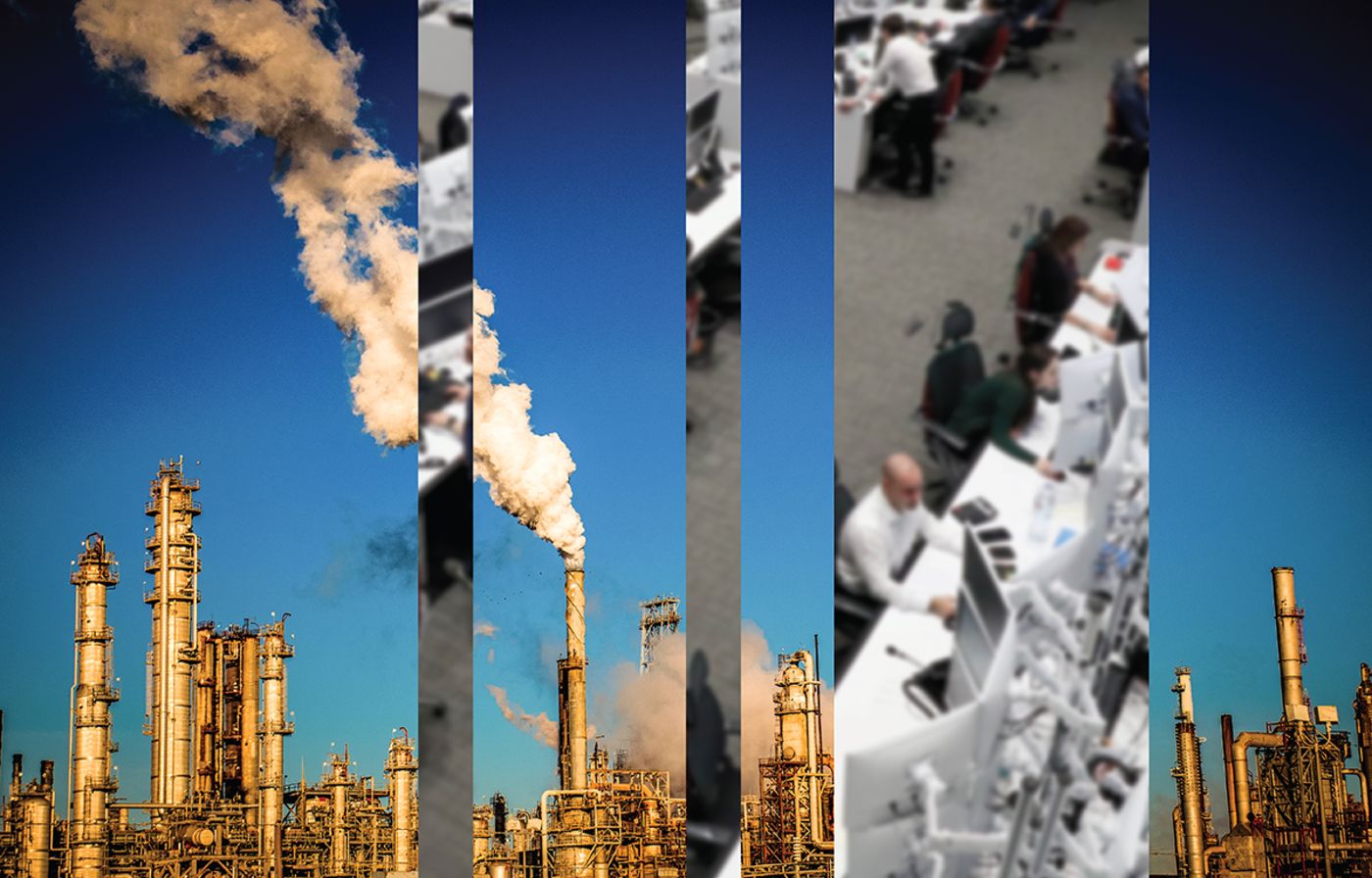 But inside the central London headquarters of one of the world’s largest oil companies, there was an air of calm. It was January 2016. Bob Dudley had been at the helm of BP Plc for six years. He ought to have had as much reason to panic as anyone in the rest of his industry. The unflashy American had been predicting lower prices for months. He was being proved right, though that was hardly a reason to celebrate. END_OF_DOCUMENT_TOKEN_TO_BE_REPLACED 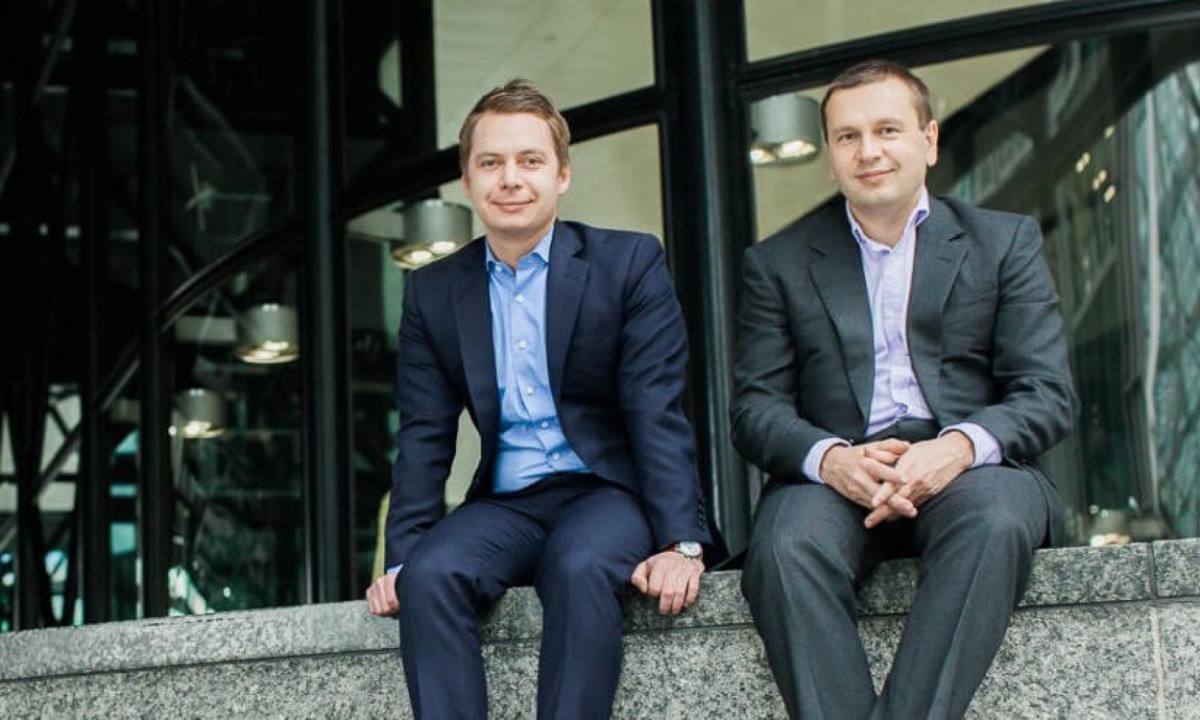 The employees, one of which was in a senior compliance position, also reportedly raised concerns that Wirex was trading crypto that wasn’t the company’s to trade. END_OF_DOCUMENT_TOKEN_TO_BE_REPLACED 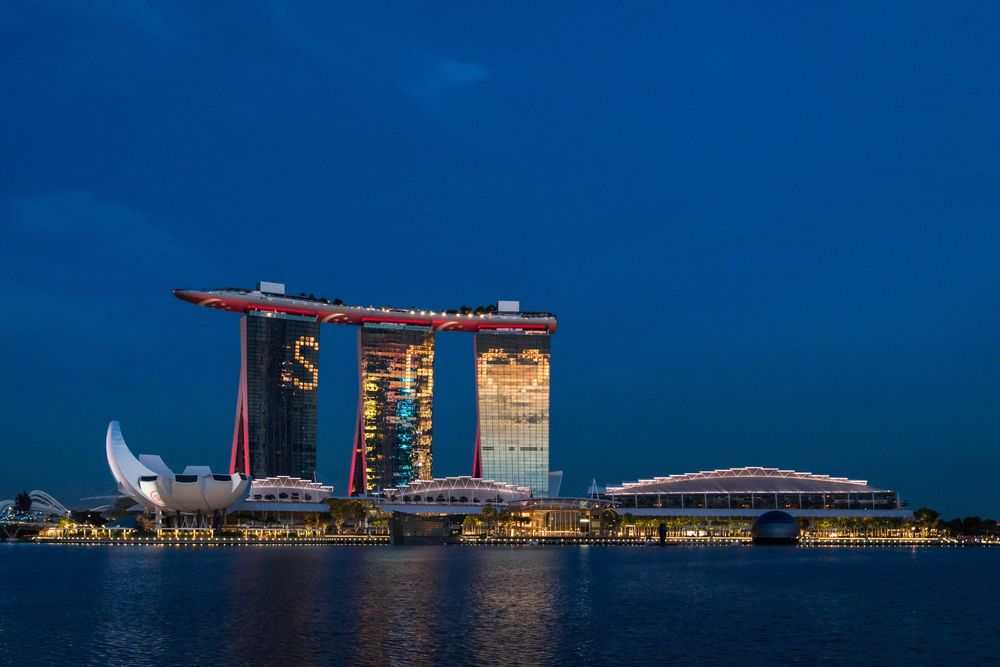 Las Vegas Sands Corp. set up a special committee to look into potential breaches of anti-money laundering procedures at its Singapore casino, which has already been the target of probes by U.S. officials and local police.

The committee of three independent board members is reviewing money transfers among high-rollers and third parties at Marina Bay Sands, as well as any possible retaliation against whistle blowers, according to people familiar with the matter. U.S. law firm Vinson & Elkins LLP has been hired to assist with the review, according to the people, who asked not to be identified because of the confidentiality involved.

Regulators have focused on competition between market intermediaries, like brokers and exchanges, rather than between buyers and sellers seeking to get the best prices, and the GameStop event exposed issues with that structure, he said.

In January, retail investors coordinated through social media forums in an attempt to punish hedge funds by buying shares of GameStop and other heavily shorted names, driving up their prices and forcing short sellers to close out positions at big losses.

March 11 (Reuters) – The Taiwan dollar strengthened on Thursday even as the country’s central bank warned of a potential U.S. scrutiny of its monetary policy, while other emerging Asian currencies gained as easing inflation fears and falling Treasury yields hurt the greenback.

The Taiwan dollar, among the best performing currencies in the region this year, added 0.6%. Taiwan’s central bank said it bought a net $39.1 billion to intervene in the foreign exchange market, as it stepped up efforts in November and December to “avoid serious disorder”, possibly putting the trade-dependent island in Washington’s crosshairs to be labelled a manipulator.

Most other currencies also gained as the U.S. dollar languished near one-week lows. The South Korean won climbed 0.6%, while the Thai baht added 0.4%.

However, the long-term outlook for the region’s currencies remained less than rosy.

A Reuters poll showed investors cut long bets sharply on the Chinese yuan, while turning short on most other Asian currencies, as improving prospects of economic growth in the United States and the recent rise in yields have bolstered the dollar.

Bets on the South Korean won, the Singapore dollar and the Malaysian ringgit all turned bearish for the first time since early last summer.

The South Korean benchmark climbed over 2% after five consecutive sessions of declines, while Taiwan and Singapore added 1.6% and 0.9% respectively.

Thai shares hit their highest in nearly two months as consumer confidence increased for the first time in three months in February, bolstered by an easing coronavirus outbreak, government stimulus and the distribution of vaccines.

WASHINGTON (Reuters) – The U.S. Treasury labeled Switzerland and Vietnam as currency manipulators on Wednesday and added three new names to a watch list of countries it suspects of taking measures to devalue their currencies against the dollar.

In what may be one of the final broadsides to international trading partners delivered by the departing administration of U.S. President Donald Trump, the Treasury said that through June 2020 both Switzerland and Vietnam had intervened in currency markets to prevent effective balance of payments adjustments.

The US clampdown on firms “spoofing” the markets

A few weeks ago the big US bank JPMorgan Chase admitted that its then-employees fraudulently rigged precious-metals and Treasury (US government bond) markets tens of thousands of times between 2008 and 2016. As part of its settlement with the US authorities, it agreed to pay a total of $920m in fines and restitution (including $172m in “disgorgement”, meaning paying back its ill-gotten gains). The bank admitted that traders based in New York, London and Singapore – working in the gold, silver and other precious metals futures markets, as well as the Treasury cash and futures markets – had engaged in the practice known as “spoofing” on thousands of occasions over the course of eight years.

Just like in an episode of Billions, only Bobby Axelrod would actually have to pay up, JPMorgan Chase has to fork out US$920 million to settle US civil and criminal charges over fake trades in precious metals and Treasury futures designed to manipulate the market,. The settlement comes as the largest bank in the US reached a deferred prosecution agreement with the Justice Department to resolve criminal fraud charges over the long-running schemes.

In one of the schemes, JPMorgan traders in New York, London and Singapore between 2008 and 2016 commissioned tens of thousands of orders for gold, silver, platinum and palladium futures that were placed in order to be cancelled to deceive other market participants, wrote the Department of Justice (DOJ), one of three agencies involved in the case, in a press release. END_OF_DOCUMENT_TOKEN_TO_BE_REPLACED 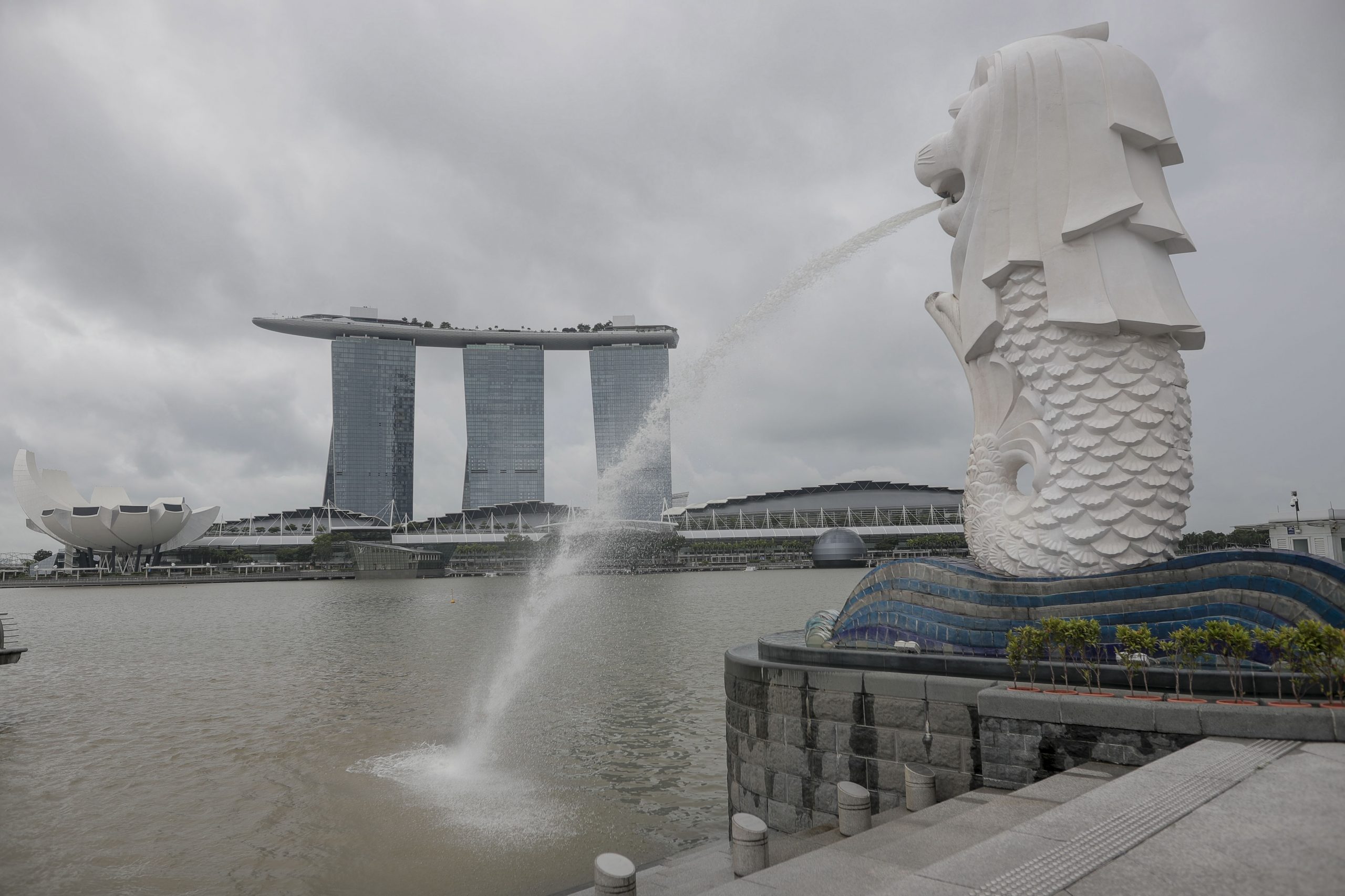 (Bloomberg) Singapore casino Marina Bay Sands has agreed to settle a lawsuit brought by a former patron, meeting his demand for a S$9.1 million (US$6.5 million) payment, according to a person familiar with the matter.

Marina Bay Sands, run by US billionaire Sheldon Adelson’s Las Vegas Sands, also agreed to allow Chinese gambler Wang Xi back into the casino as long as he abides by its policies, said the person, who asked not be identified because the matter is confidential.