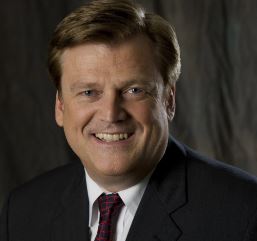 Dr. Patrick M. Byrne received a bachelor’s degree in philosophy and Asian studies from Dartmouth College, a master’s in philosophy (ethics) from Cambridge University as a Marshall Scholar, and a doctorate in philosophy (focusing on political theory, jurisprudence, and economics) from Stanford University. Patrick served as chairman, president and CEO of Centricut, LLC, a manufacturer of industrial torch consumables, then held the same three positions at Fechheimer Brothers, Inc., a Berkshire Hathaway company that manufactures police, firefighter and military uniforms. Patrick Michael Byrne is the former CEO of Overstock.com, Inc., a Utah-based internet retailer that has been publicly traded since 2002.

Dr. Patrick M. Byrne waged a fight with Wall Street over naked short selling. He believes that, through the practice of naked shorting, Wall Street is cheating Main Street America and destroying small companies for a profit. Byrne feels that the SEC is failing to protect retail investors and small companies because it has been captured by Wall Street, and that the New York financial press is similarly co-opted. Byrne believes that the SEC’s efforts to eliminate this abusive practice are falling short, not simply for Overstock (which has itself been on the Regulation SHO Threshold list for over two years), but in a way that creates the possibility of systemic risk for our financial world. Among this he feels the importance of exposing corruption in business journalism via a handful of shill journalists who seek to hijack social media’s discourse regarding this scandal so that understanding does not form within the Blogosphere.