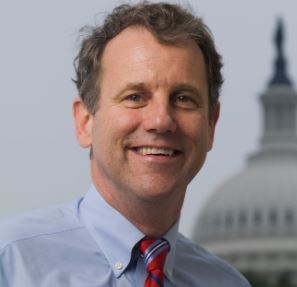 U. S. Senator Sherrod Brown (D-OH) is a minority member of the US Senate Committee on Banking. He was elected to the Senate in 2007. Prior to serving in the United States Senate, Brown served as a United States Representative for the 13th District, Ohio’s Secretary of State, a member of the Ohio General Assembly, and has taught in Ohio’s public schools and at The Ohio State University. He also serves on the Senate Committee on Finance and has served on the Senate Agriculture, Nutrition, and Forestry Committee, and he served Chairman of the Subcommittee on Jobs, Rural Economic Growth and Energy Innovation.