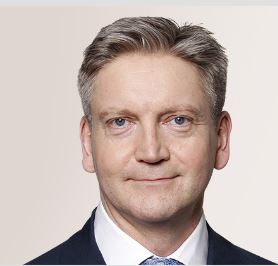 Stuart Wilson Lewis is the Chief Risk Officer of Deutsche Bank and became a member of the  Management Board in 2012. He assumes responsibility for Compliance, Anti-Financial Crime and the Business Selection and Conflicts Office. He joined Deutsche Bank in 1996. Prior to assuming his current role, Lewis was the Deputy Chief Risk Officer and Chief Risk Officer of the Corporate & Investment Bank from 2010 to 2012. Before joining Deutsche Bank, he worked at Credit Suisse and Continental Illinois National Bank in London.Lewis graduated from  the University of Dundee, where he obtained an LLB (Hons), and he holds an LLM from the London School of Economics. He also attended the College of Law, Guildford.