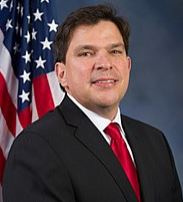 Vicente Gonzalez Jr. (D-TX) is a committee member of the 116th Congress U.S. House Committee on Financial Services. He is an American attorney and politician serving as the United States Representative for the 15th District of Texas. He is a member of the Democratic Party. Gonzalez won the 2016 general election and took office on January 3, 2017. Gonzalez was re-elected to serve a second term in the 116th Congress, taking his oath of office on January 3, 2019. He graduated from Del Mar College, Embry–Riddle Aeronautical University (B.A.),  and Texas Wesleyan University (J.D.). Gonzalez founded his law firm, V. Gonzalez & Associates, in 1997. He is a member of the bar associations of Texas and New York.