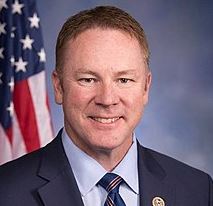 Warren Davidson (R-OH) is a committee member of the 116th Congress U.S. House Committee on Financial Services. Warren Earl Davidson is an American Republican politician from the state of Ohio. He is the member of the United States House of Representatives from Ohio’s 8th congressional district. After his military service, he led his family’s business in the Ohio manufacturing industry, which he ran until entering public service. He was appointed to the 2020 United States Military Academy Board of Visitors. He graduated from the United States Military Academy (BS), and University of Notre Dame (MBA).