Tip as received via email:

how about the auditors of the major brokerage firms?

Its a liability to the firms. 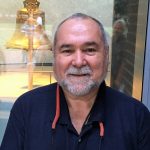 ROBERT STEELE: This tallies with Susanne Trimbath’s comments in her recent interview ( below) in which she confirms that shareholders are out of luck but liability remains for those who were lied to by banks and funds; people who received monthly statements showing they owned shares, when no shares were actually purchased for them nor held in their name.