Leaving many asking – what is going on at Goldman? 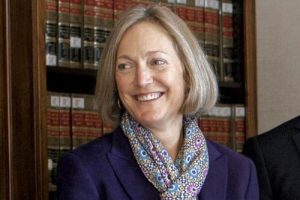 Sunday saw Omer Ismail – the head of Goldman’s consumer-facing commercial bank – Marcus – jump ship to join Walmart (and David Stark, one of Ismail’s top lieutenants at Goldman will join him in the new venture).

And now Tuesday, Karen Seymour – Goldman’s general counsel – is exiting the bank. Seymour played a crucial role in helping the bank settle criminal probes in the 1MDB scandal last year (Goldman forked over $5 billion in penalties while avoiding any sanctions that would hobble its operations).

Seymour is perhaps best known for winning an obstruction-of-justice conviction against Martha Stewart in 2004, when she was with the U.S. Attorney’s Office for the Southern District of New York. She joined Goldman Sachs from Sullivan & Cromwell LLP, where she also started her career in 1987.