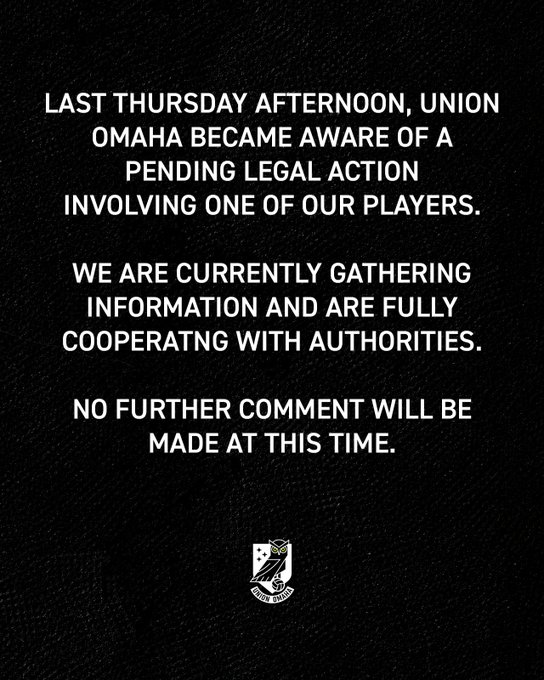 A United Soccer League player has been indicted on charges that he allegedly catfished two people out of a combined $215,000.

Abdul Osumanu, 24, is a defender for Union Omaha. He was charged last week along with Banabas Ganidekam in a U.S. District Court in West Virginia with two counts of mail fraud, two counts of wire fraud, a money laundering charge and a charge of receipt of stolen money.

Per the indictment, Osumanu is accused of catfishing people via online and text communications to get them to send him and another man money under the pretext of a romantic relationship.

Osumanu was among a group of nine men indicted for unrelated alleged catfishing schemes that totaled over $2.5 million from 200 victims.

Federal prosecutors said Osumanu and Ganidekam defrauded a person in Indiana and a woman in California. The online relationship with the person in Indiana allegedly began in 2017 while Osumanu was playing soccer at Marshall. The second case started in January of 2020 when the two men allegedly pretended to be an investment banker and asked the woman for an upfront fee for an investment.

The woman then allegedly sent the money to Ganidekam and Osumanu received a cut of that money. Prosecutors said that Ganidekam is responsible for nearly $190,000 in stolen money while Osumanu got a cut of just less than $25,000 for the multiple schemes.