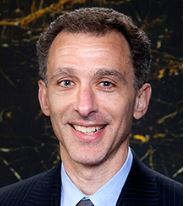 Jeremy C. Stein joined the Board of Governors of the Federal Reserve System on May 30, 2012, to fill an unexpired term ending January 31, 2018.  He resigned on May 28, 2014. Stein was born in Chicago. He received his bachelor’s degree in economics from Princeton University (summa cum laude) in 1983 and his doctorate in economics from the Massachusetts Institute of Technology in 1986. Stein was an assistant professor of finance at the Harvard Business School from 1987 to 1990. He then taught finance at the Massachusetts Institute of Technology’s Sloan School of Management. In 2000, he joined the Harvard faculty. From February to July 2009, Stein served in President Barack Obama’s administration as a senior adviser to the Secretary of the Treasury and on the staff of the National Economic Council.