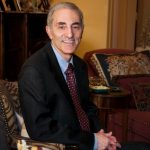 Robert E. Litan Robert Litan is a Non-Resident Senior Fellow at the Brookings Institution, where he has previously been a Senior Fellow on staff, and Vice President and Director of Economic Studies. His current research focuses on federal regulation, entrepreneurship, and a broad range of economic policy subjects.

Litan is also a practicing attorney, as a partner with the law firm of Korein, Tillery, based in St. Louis and Chicago. He previously was a partner, Of counsel and associate with two Washington, D.C. law firms, and served during the first term of the Clinton Administration as Principal Deputy Assistant Attorney General in the Antitrust Division of the Justice Department, where he oversaw civil non-merger litigation and the Department’s positions on regulatory matters, primarily in telecommunications.

As both an economist and attorney, Robert Litan has had nearly four decades of experience in the worlds of the law, economic research and policy, and as an executive in both the private, public and government sectors. He has served as Vice President for Research and Policy at the Kauffman Foundation and also the Director of Research at Bloomberg Government.

Paper: Canaries in the Coal Mine: How the Rise in Settlement ‘Fails’ Creates Systemic Risk for Financial Firms and Investors