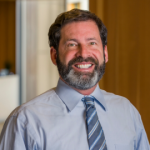 In 1969, Rocker joined Mitchell Hutchins, where he was a research analyst and investment banker. In 1972, he hired on at Steinhardt, Fine, Berkowitz & Co., a pioneering hedge fund, and was a general partner there from 1973 to 1981. Rocker joined Century Capital, a registered investment adviser, as a partner in 1981. While there, he was a portfolio manager for institutional clients.

After Century Capital was acquired in 1985, he formed Rocker Partners with $25 million. Originally based in New York City, the firm expanded over the years adding offices in Larkspur, California and Millburn New Jersey. The firm also managed Compass Holdings and Helmsman Holdings in the BVI which pursued similar strategies for foreign clients.