Could I be missing something? 4+ bear potential cases against gold and silver 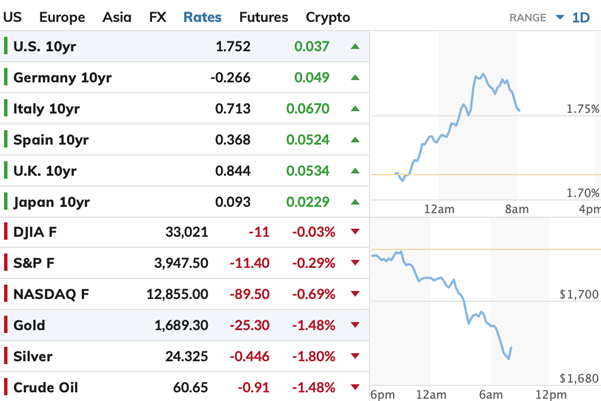 Novelist-philosopher Ayn Rand famously admonished us to “check our premises.” That’s a fancy way of saying that it pays to ask ourselves if we might be missing something—especially when confronted with a situation that makes no sense.

The nonsensical investment reality of the day is that signs of rising inflation are causing the price of gold—the world’s best inflation hedge for thousands of years—to fall.

I’ve explained why this is happening several times: nominal rates are rising in response to expectations of higher inflation faster than CPI. Anyone can look at their budget over the years and see that official CPI is bunk, but it’s the number policymakers, businesses, and most investors use.

This doesn’t worry me because I think CPI will catch up with gusto. We may see both gold and nominal rates rising at the same time as real rates fall. We’ve seen this before, notably after the crash of 2008.

It all makes twisted sense. I can “buy the dips” with confidence—as I just did on several gold stocks and one uranium stock—last week.