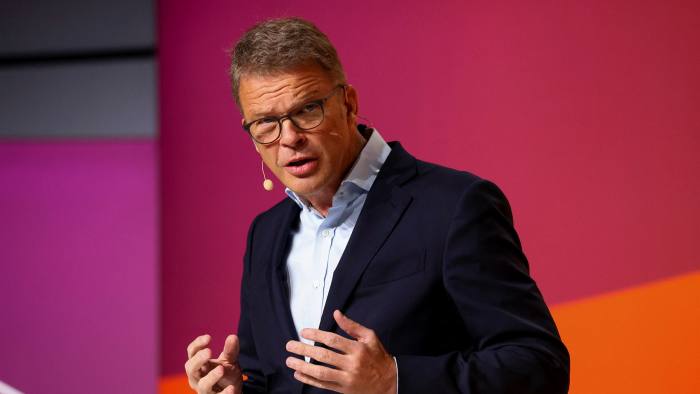 It is a striking paradox that postwar Germany has achieved sustained success as an economy, even with a flailing banking sector, headed by the flag-carrying Deutsche Bank, to underpin it. But there are signs the contradiction may be resolving.

Over the past three years, Deutsche has beaten its European rivals in share price terms — sketchy evidence, perhaps, especially as that share price has actually fallen and Deutsche has paid next to no dividends. But it is a notable outperformance nonetheless.

Not so long ago, this was the “sick bank of Europe” — it was racked by scandal, trading losses and management infighting that at times looked existential. Now, with an accident-prone Credit Suisse having taken on that mantle, Deutsche has emerged as the surprise best of a bad bunch.

The relative recovery of Germany’s biggest bank has been particularly strong over the past year: the share price has doubled, albeit to a still low level. (Even now, the bank’s stock is worth barely a third of the book value of its assets, compared with a price-to-book ratio for US rival JPMorgan of 1.9 times.) For chief executive Christian Sewing, who last week celebrated three years in charge, it is a vindication of sorts.