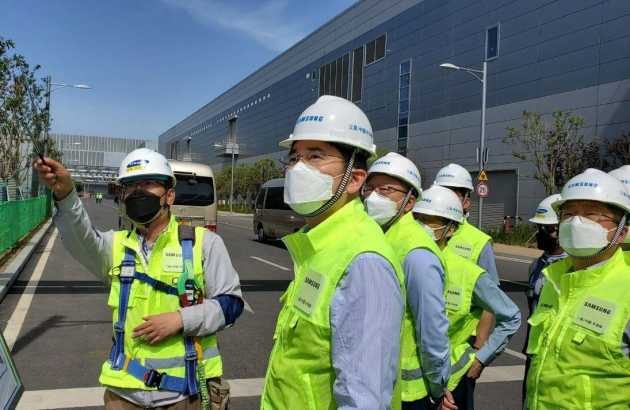 As always, the tycoon, who is serving a 2 1/2-year jail term over a previous bribery conviction, didn’t utter a single word throughout the full-day session held at the Seoul Central District Court, as his attorneys fought hard to fend off additional convictions. The charges brought against him include stock market manipulation, accounting fraud and breach of trust.

South Korean leaders have been mulling ways to release him early from jail. Samsung, whose exports of chips, display panels and tech products buttress the local economy, needs him back at its helm to navigate through a new global economic war raging over chip leadership, those calling for his early release say.

“A public consensus seems to be building on the need for Lee’s release,” Rep. Song Young-gil, leader of the ruling Democratic Party said recently, heightening the expectation for Lee’s release. The politician suggested granting him parole, if not a presidential pardon, to let him out.

While the right to grant a pardon lies solely with the president, a parole can be decided by the justice minister.